With 13 cooking functions, the Air fryer would easily replace most of the machines from your kitchen countertop. But, at the same time, the Breville BOV900BSS machine is both expensive and large.

So, the machine is an excellent choice if you have a large countertop and big bucks to spend.

Today, in this Breville BOV900BSS review, you will get all the information necessary to firm your purchase decision. So, let’s get started with the article.

At A Glance Of Breville BOV900BSS

As I said quite a few times, the size of the air fryer is quite large, though the large size also has its advantages. Anyways, Breville bov900bss the smart oven air fryer pro is among the best Breville air fryer toaster oven on the market, around one cubic foot. The dimensions of the machines are 21.5 inches in length, 16 inches in width, and 12.5 inches in height.

The advantage of the large size is that you can cook a large amount of food. It will come in a rectangular shape and stainless steel finish and cook pretty decent on your countertop. Besides the large size, it is also a pretty hefty machine.

The Breville bov900bss almost lets you cook anything. You don’t have much cooking to do besides the thirteen cooking functions it offers. It mainly covered all areas of cooking.

Thanks to its variety of cooking options, you can, directly and indirectly, save money and space both.

It doesn’t matter how many functions and features an air fryer has if the performance of the air fryer isn’t sufficient. But, thankfully, you won’t need to worry about that with Breville smart oven air convection bov900bssusc.

Despite its large size, the machine is one of the fastest ovens it has tested so far. With the use of super convection, the cooking time reduces to 30% than traditional air fryers. Moreover, it has other features to cook food more precisely and evenly.

I tested cooking with all the 13 cooking functions and found that they provide decent output. If it doesn’t suppress, the output would be the same as your single-purpose appliances most of the time.

Breville BOV900BSS is a pretty recent addition to Breville’s multi-functional air fryers. Like most other appliances from Breville, this machine also has high positive reviews about it.

But, you would find a penalty of likable and unlikable features. By weighing them, you can reach a conclusion. But, let me tell you again, the Breville smart oven air bov900bss is on the expensive side. And, to keep up with the price tag, it offers that only seen in high-end toaster ovens.

Almost all the cooking functions do a great job, better than any average single-purpose machine. This makes sure to replace most of your countertop appliances. Along with that, there are functions to make cooking more precise and evenly.

But, you also need to face some downsides with the machine. Among them – the machine’s loud convection, loud front panel fan, taking a long time to reach max temple are the few most common complaints among the users.

Does the interior of Breville bov900bss have a non-stick interior?

Yes, the surrounding wall of the inside has a non-stick interior. Clean it using a safe, damp sponge with a non-abrasive liquid cleaner.

What is the highest temperature the machine goes up to?

The max temperature of this Breville bov900bss is around 480 degrees F, which is higher than most of its competitors. But, it takes 20 minutes to reach that temperature.

Will there be any problem if I put a cutting board on the top of the machine?

You can put a cutting board on the top of it, but I would recommend only a Breville cutting board, as they have silicone feet to separate from the direct heat.

Breville bov900bss Smart Oven Air Fryer Pro is one of the top-rated toaster ovens, and you can’t go wrong with the machine. It has a decent design versatile functions and does an excellent job with everything.

But, with positive sides, it also has a few downsides. Also, the machine is expensive, takes a large space on your countertop, and accessories are tricky to clean.

But, those few drawbacks aren’t holding it from taking place on users hard. Those with enough space and money won’t get a better option than the Breville bov900bss. That’s all for the Breville BOV900BSS review. 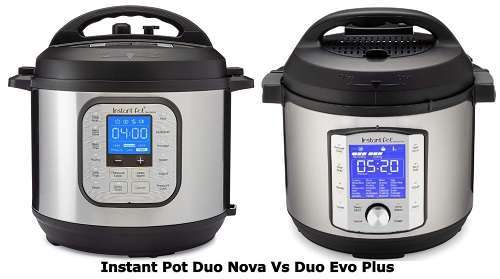