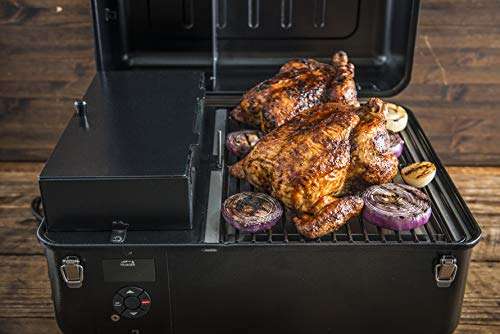 Can you imagine yourself having a grilled turkey at a riverside far away from your home? And, this dream of yours can come true only with the portable grills. Here in this article, we are going to review Traeger Ranger Pellet Grill which may become your next portable grill.

In this CoronaVirus pandemic, for most of the Americans, the Outdoor Grills became more and more popular. People like to eat at home instead of outside at a restaurant or on a vacation into a remote camp. And, that’s where a portable grill like Trager Ranger comes handy without restricting to outdoor grill but for travelling too.

Now, let’s move on to the features of Traeger Ranger Pellet Grill.

At A Glance Of Traeger Ranger Pellet Grill

What Users are saying about Traeger Ranger Pellet Grill

When it comes to grills, assembling is very important. But most of the non-techie people can’t properly set up a grill or don’t even ask for help from Tech support and complain about the product. Whatever, now let’s see what users are saying about the best Traeger pellet grill. 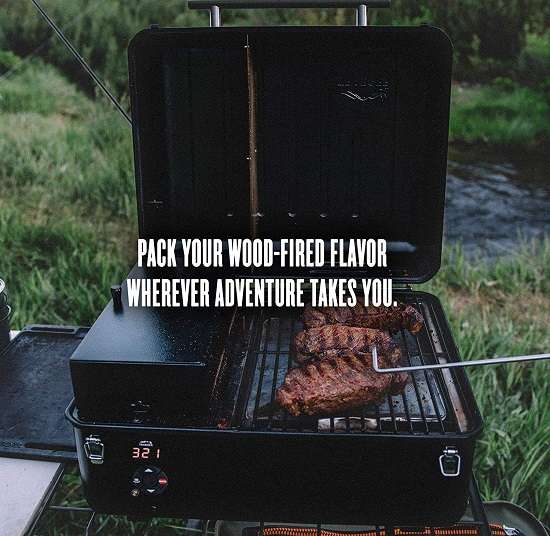 This Traeger ranger grill is bigger than most of the users thought. For most of them, who were in doubt about whether space would be enough was surprised when they unboxed it. But you can carry it effortlessly in the trunk of a car. And, the cooked foods are delicious. Furthermore, because of it’s a non-stick characteristic, it cleans up easily which is necessary if you are to use it when travelling. It’s also easy to operate with the user-friendly LCD controller and the build is tough and heavy.

But some users complained about flaws in the design. Although, we didn’t find this kind of problem. However, if you see some flaws in your model, contract with the Amazon tech support and replace it. There are other complaints like the grill doesn’t heat up, fans don’t work etc, which are most likely set up flaws. Follow the manual when setting up the grill or ask for technical support help. 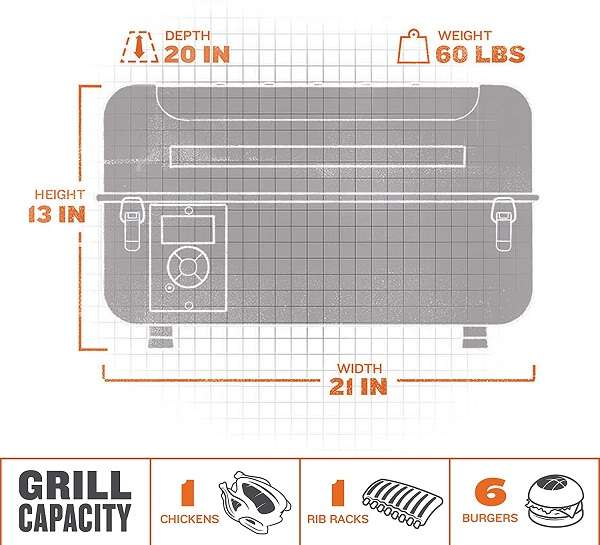 The Ranger Grill comes equipped with a convenient timer to track the time. The Timer function doesn’t affect the cooking operation. You can use it as an alarm to notify you of other needed steps during cooking, like loading vegetables into the grill or basting your food.

The Keep Warm feature can pause the cook cycle at any time during grilling. Then you can simply press the KEEP WARM again to resume cooking. This function maintains the grill temperature at 165 °F.

Q: Does it come with the flat top?

It comes with porcelain grill grates which make it non-stick and the food sticks less than steel-made ones.

Q: Can you tell me the difference between the Traeger Ranger and Traeger Scout?

It’s not a place to show the difference between them. But if I put it simply, the scout can only be temperature controlled to a tolerance of 25ºF, in contrast, the tolerance of Ranger is 5ºF. The ranger has a digital controller, while the scout has analogue. And, Scout has twice the hopper.

Q: Does this smoker grill have the ability to sear?

Yes. It has. When the temperature goes up to 400º Fahrenheit, you can get the searing.

Where the traditional grills are limiting our range, the smokeless grills, electric grills and portable grills are offering us to eat wherever we are – home, outdoor or outside somewhere. Same with Traeger Ranger Grill offering us to travel the world with it and enjoy grilling food from anywhere.

As this Traeger ranger grill is well-built, it is suitable to carry. The grilling area is enough for 4-5 people at a grilling party. Operating it is easy, and the most important thing is, the cooking is very tasty. The weight 60lbs which is not that light but, it’s enough to throw it in the back trunk of your car and the useful features like Cook Timer, a Probe Alarm, Keep Warm mode and last but not the least precise digital temperature controls make it suitable for any travel and food lover. And, also for those who don’t have enough space in their backyard. 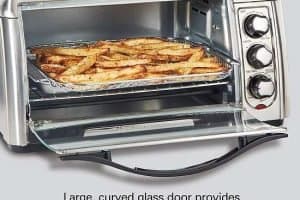 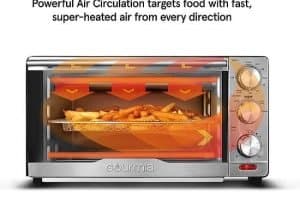 Gourmia GTF7350 Review – What features its best for? 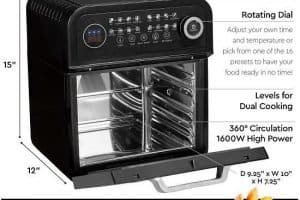