Outdoor parties, hang-outs, or reunions are not just meant to be fun. It should be savory and tasteful as well. That is why we tend to put grilled or smoked meat in our cooking menus. To materialize this, you have to buy a literally big capacity of cooking equipment. The Rec Tec RT 700 is something you should consider for.

The Rec Tec RT 700 is your ultimate fantasy to efficient cooking through multi-scale uses. It’s flexible and durable equipped with convenience on the operation. If you’re getting curious, then it’s best to read entirely this review to find out more. There’s more depth to this product.  We’ll definitely give you an honest review and share our experience with this device.

Noticeable Features of this Device

Manufactured from 304 stainless steel, this device has rectangular dimensions of 50 inches by 54 inches by 36 inches. It’s professionally furnished with a blend of black and white exteriors. Its hopper is separately located in the rear part to its integrated controls on the sidings. The chamber and the hopper have its distinctive covered lids to prevent smoke exhaustion and hydration.

The cooking chamber is beautifully made with adorns of a circular bull engrave and horn-like handles on its center portion. Moreover, it has a shining optional rack and a nose ring which is installed for decorative purposes. Aside from that, its equipped with four 27 inch standing long legs each has a roller to increase mobility as needed.

Moreover, its manifested with the flash ceramic ignition system for highly efficient cooking operation. It includes a 58-inch rubber plug that should be connected to an electrical socket to continuously heat and power.

The 9.5 inches by 36 inches by 19.75 inches downside parabolic-shaped cooking chamber is such a huge space to use. Approximately, Rec Tec RT 700 has a 702 square inch cooking area with a 352 square inch tray to assist preparation during grilling or cooking. This area could fit four briskets and more than 15-pound turkey on it.

Moreover, Rec Tec RT 700 chamber has an attachable grate, drip tray, and a flame detector that’s mostly manufactured also from stainless steel. Easily located on the center of the chamber, it has LED lighting that could be turned on during inconvenient situations.

The hopper which is located on the back is highly revolutionized with Rec Tec RT 700 automated pellet system. The amount of wood pellet consumption is already set depending on what is necessary. Consequently, it holds about 40 pounds of blended wood pellets.

On a separate location, this device is equipped with integrated controls. Similarly to its other models, this unit has a rotary knob for temperature adjustments, two square-like flat buttons for power and customization, two food probes slots, and a large LCD display to show the set and actual temperatures. As an addition, an integrated red button is installed to turn on or off lights in the device.

It’s Wifi-enabled which could be used through its mobile app. Nevertheless, the app has an easy to use interface with readily available features like temperature customizations, alarms, and other settings that are already incorporated on its manual operation. You could totally take track of the device anywhere you are.

What Users are Saying about Rec Tec RT 700?

Until today having a close 4.8 out of 5 ratings in Amazon, this device is truly something to look forward with. Users love its large sized cooking feature requiring minimal effort upon operation. It has a well-advanced cooking system integrated with the usage of internet, mobile apps, and automation.

Apart from that, users are quite satisfied with the company’s response to any relevant problems on the Rec Tec RT 700. They readily resolved it few days upon filing a complaint. It’s highly dedicated to the service of its customers as it should be.

These two devices are made from a different company. Both have dissimilar designs yet have an analogous function and heating mechanism. Nonetheless, both have a large hopper and grill area capacity. Though, the Rec Tec RT 700 encloses a wider capacity than the latter.

The Z Grills is automated yet not as smart as the Rec-Tec RT 700 which could be controlled using the app. Also, the Z Grills doesn’t have a lot of functions as compared to the latter. Though, both induce a flexible cooking operation convenient for grilling, roasting, smoking, braising, and baking.

Perhaps, the main edge only of Z Grills is the storage space and its price. But nonetheless, most of its features the Rec Tec RT 700 has its advantage.

What is the disadvantage of the Rec Tec RT 700?

Probably, the main disadvantage of this Rec Tec Grill is its hopper location. Situated on its rear, it’s prettily inconvenient for use given this fact. Apart from that, it’s overly incorporated with different decorations that felt unnecessary at times.

Moreover, it’s relatively expensive as compared to other grilling equipment out there. Also, installation and assembly are a bit hassling. Though, it’s prettily manageable as needed.

This large capacity grilling equipment is one of the Rec Tec’s finest. It’s a versatile device and definitely one of a kind with its smart-assisted controls. Though it’s a bit expensive, everything is worthy for it’s a complete package device for use in different cooking operations. Moreover, its simple to use with good heating capabilities. It’s a must-have for everyone who loves to arrange parties or invite friends to come over for outdoor grilling! 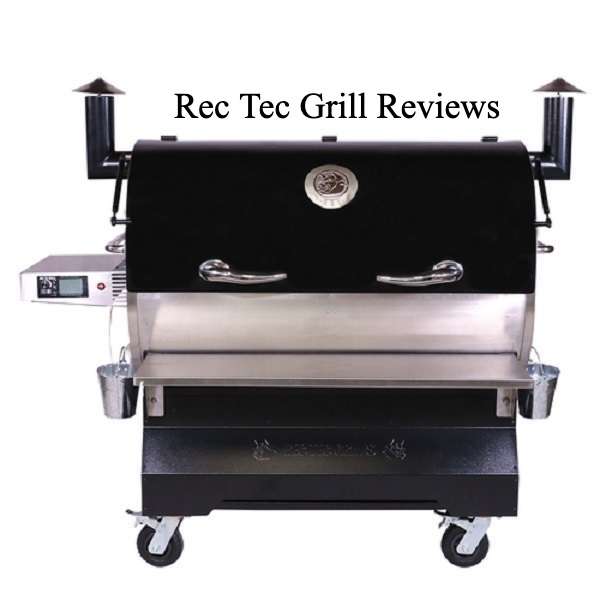 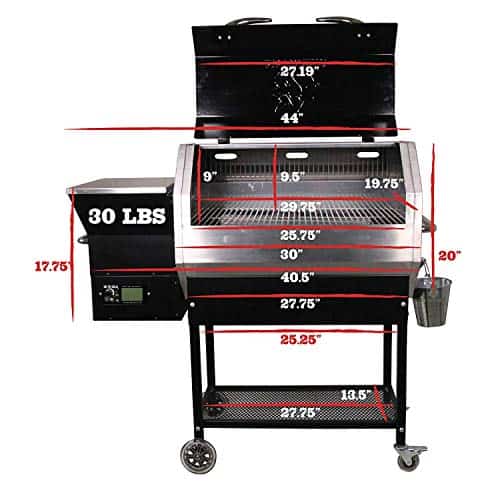